Sensitively restored art nouveau villa is located in the village of Brtníky (German Zeidler), on the edge of the Czech-Saxon Switzerland National Park, in large garden with a stream and grown-up trees. It was built in 1913 by sophisticated industrial family of Mr. Klinger for his sister. The family was standing behind huge development of the area  during the 19th century until the post-World War II. period.

The villa remembers times when Brtníky became a significant tourist resort not only for movable class. In 1902, the so-called Northern Bohemian Industrial Railroad was opened on a newly constructed railway, and people from big cities began to search for places to relax in the middle of nature and to rent summer apartments in the countryside. Brtníky still offers many opportunities how to spend great holidays. It is up to you whether you choose hiking or just lie down with a book in the garden. 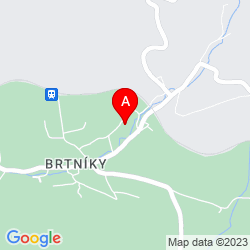